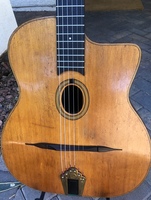 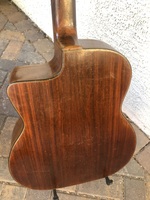 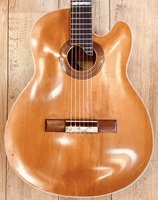 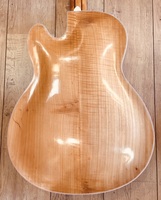 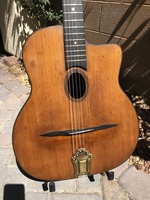 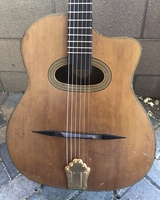 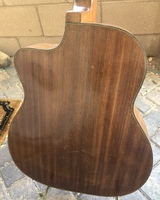 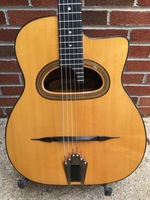 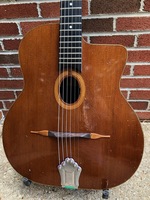 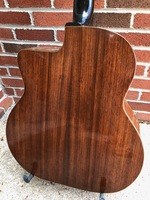 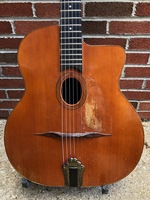 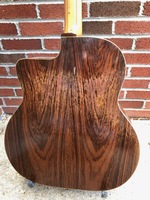 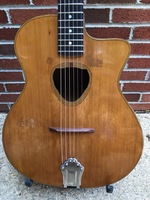 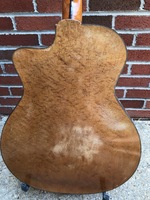 In 1984, Ugo retired, and Jean Pierre introduced his own model. So in actual fact, when misinformed people label the guitars built between 1978 and 1984 "Jean Pierre" guitars they are WRONG! Those guitars were the "Jacques Favino Model" built by 4 hands instead of 8.

When Jean Pierre stopped making his Father's model, and introduced his own model that guitar became the "Jean Pierre Favino Model." In my "Best of Gallery" one can see an example of a 1984 "Jacques Favino Model" made by Jean Pierre. From 8 hands down to two hands, but the very same guitar.

Download a PDF of our profile from a recent issue of the French magazine Vintage Guitare. Three Outstanding VINTAGE Gypsy Guitars That You Can Only Find at Gypsyguitars.com

(View the Best of Gallery)

All prices listed above are in U.S. dollars. We accept payment by personal check, bank check, money order, or wire transfer. PayPal payments as well as Visa, MasterCard, American Express and Discover payments are accepted. Please call (443) 310-2521 or email jacques@gypsyguitars.com before sending any payment. 48 hours approval on all shipped instruments. No returns on layaways. Full refund minus shipping.

ALL PAYPAL AND CREDIT CARD PAYMENTS WILL BEAR AN ADDITIONAL 3%